Graphic: Trauma and Meaning in Our Online Lives 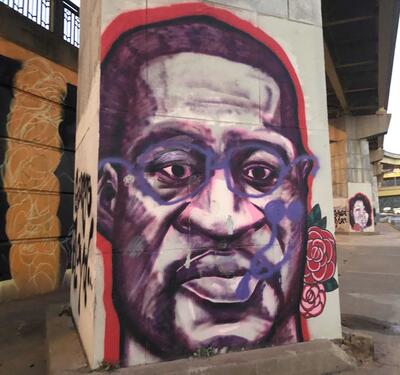 Graphic: Trauma and Meaning in Our Online Lives—forthcoming from Cambridge University Press in 2023

By Alexa Koenig and Andrea Lampros

None of us are strangers to graphic content. In today’s information age, we can watch graphic events daily, like the livestream of a mass shooting in Christchurch, New Zealand, or video of a Burmese soldier shooting a man in broad daylight. And it’s not just overt violence: We might stumble upon an apartment complex imploding, swallowing up 98 people in a matter of seconds; stampeding fires, tsunamis, and earthquakes, all images that can be as traumatic as any captured in a war zone. What was once a rare glimpse into the world’s horrors is now commonplace on our handheld screens.

The video of George Floyd's murder is not the first viral image to capture the world’s attention and it won’t be the last. But the video may well be among the most catalytic of our times, given the pandemic, which dramatically increased peoples’ viewing time online. This video, in this time, marks a moment in the history of graphic content and raises the question of when, how—and even if—we should be watching what others post online.

In Graphic: Trauma and Meaning in Our Online Lives, we draw upon the experiences of those who work closely with user-generated content to help answer these questions and make sense of this moment. We talked with reporters at major news outlets and researchers who have looked closely at the effects of disturbing online content on human rights workers and journalists. We learned from people who have led teams at major social media platforms, as well as the content moderators tasked with watching thousands of hours of disturbing posts, ranging from terrorism to the sexual exploitation of children. We picked the brains of neuroscientists, professors, and psychologists—as well as younger individuals who have grown up in the era of social media—to understand how graphic and distressing content affects all of us.

As academics, as journalists, and as human rights researchers and investigators, we write this book because we see the value of people engaging with difficult content in order to better understand our world; to challenge structural racism, sexism, classism, and other forms of violence; to combat state-sponsored violence; to illuminate hate speech and hate crimes; and ultimately, to make change.

But we also recognize the need to learn from those who are shifting the paradigm—from the traditional and often macho approach of “hardened” journalists, war crimes investigators and human rights workers who spent decades claiming falsely, “this stuff doesn’t affect me,” to a more holistic approach that acknowledges that this content actually does affect us—to identify the ways that we can more safely take in these images and respond as individuals and communities without looking away.

Want to learn more about Graphic and be notified when the book is published? Join our mailing list.