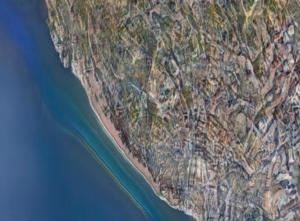 The Human Rights Center spearheaded a collaborative effort in partnership with the UN Human Rights Office to develop an international protocol that articulates professionals standards and guidelines for the identification, collection, preservation, verification, and analysis of digital open source information with an aim toward improving its effective use in international criminal and human rights investigations. Establishing legal and ethical norms for open source investigations will professionalize the field and, in doing so, increase the likelihood that such information will be useful for justice and accountability purposes.

This process of developing the Berkeley Protocol was similar past efforts to develop standards around investigating torture, extrajudicial executions, and sexual violence in conflict. These past initiatives were essential steps to help lawyers and judges better understand how to evaluate new investigative techniques, and guide first responders and civil society groups on how to collect information in a manner consistent with legal requirements. The Berkeley Protocol, which will serve as a resource for practitioners, as well as a valuable training and teaching tool, was launched on December 1, 2020, in a virtual event on the 75th anniversary of the Nuremberg Trials.

Mr. Richard Goldstone, Former Justice of the Constitutional Court of South Africa; former Chief Prosecutor of the International Criminal Tribunals for the former Yugoslavia and Rwanda

Amb. Christian Wenaweser, Permanent Representative of Liechtenstein to the United Nations; former President of the Assembly of States Parties to the Rome Statute of the International Criminal Court

Ms. Francoise Hampson, Emeritus Professor at University of Essex School of Law; member of the United Nations Commission of Inquiry on Burundi

Dr. Vincent Iacopino, Senior Medical Advisor, Physicians for Human Rights; principal author of the Istanbul Protocol: Manual on Effective Investigation and Documentation of Torture and Other Cruel, Inhuman or Degrading Treatment or Punishment

Dr. Stuart Maslen, Honorary Professor, Faculty of Law, University of Pretoria; contributor to The Minnesota Protocol on the Investigation of Potentially Unlawful Death (2016)