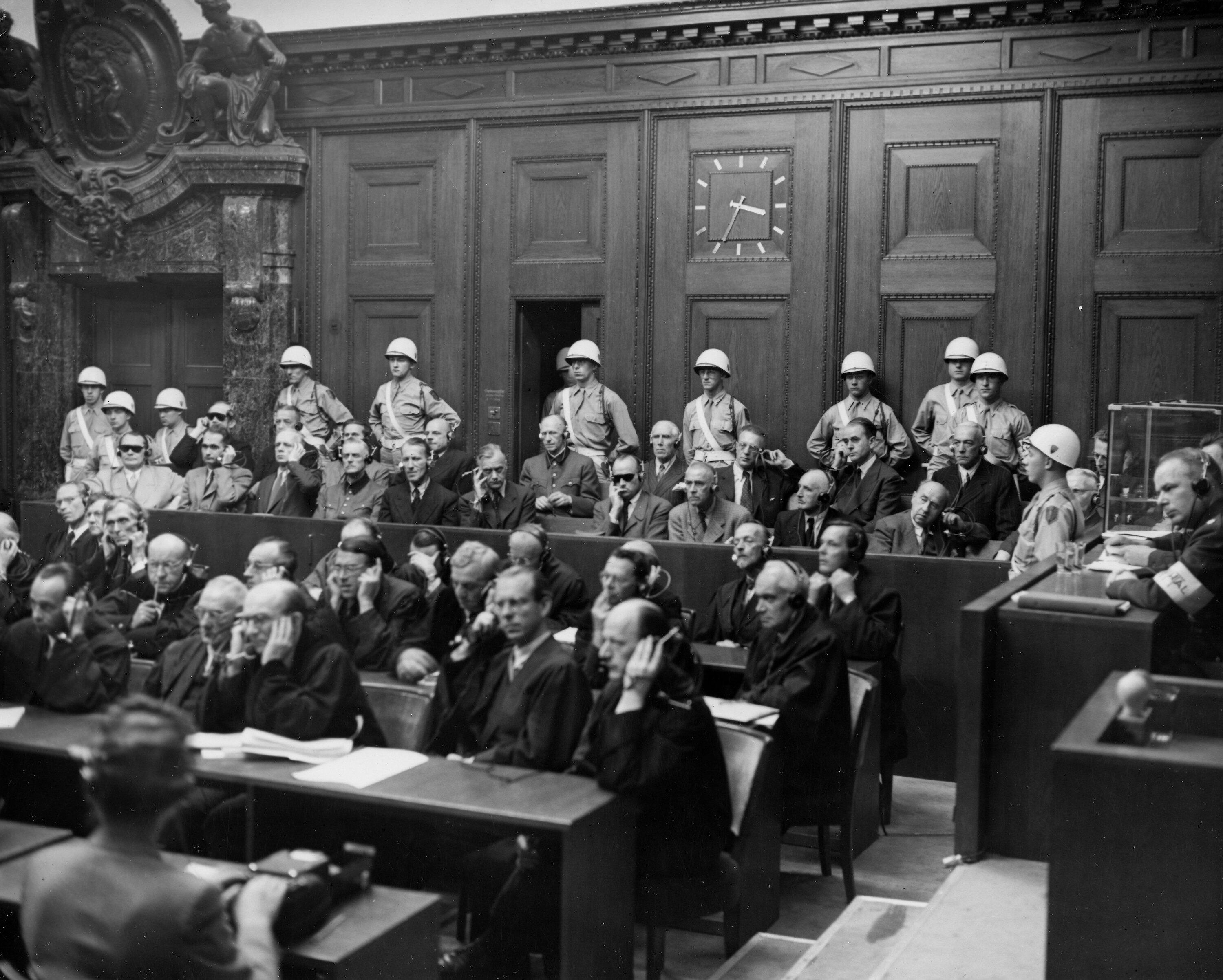 Link to the Berkeley Protocol on Digital Open Source Investigations.

Location: The program was held on Zoom and also live from Courtroom 600, the site of the Nuremberg Trials in the city’s Palace of Justice.

Here is the recorded program

Welcome from the City of Nuremberg.

Panel One: From Past to Present: The Legacy of Nuremberg

Christoph Safferling: A legal history perspective on the influence of the Nuremberg Trials

Axel Fischer: A media scholar’s perspective on the introduction of film at Nuremberg

Navi Pillay: A reflection on the historic use of new technologies to strengthen justice

Eric Stover: A history of international protocols, their legacy and impact

Panel Two: From the Present to the Future: How Visual Imagery and Other Digital Information is Impacting the Future of Accountability

Kelly Matheson: The role of video as evidence

Paul Seils: Visual imagery, an example from the Venezuela FFM

Klaus Rackwitz: What else is needed to strengthen the use of this information for justice?

“On November 29, 1945, only a week into the trial, the . . . prosecution introduced an hour-long film titled "The Nazi Concentration Camps." When the lights came up in the Palace of Justice all assembled sat in silence. The human impact of this visual evidence was a turning point in the Nuremberg trial. It brought the Holocaust into the courtroom.” ~ United States Holocaust Memorial Museum

Some abuses are too incomprehensible for the human mind to accept—and even harder to counter when those horrors cannot be observed. General Dwight D. Eisenhower understood this. From the moment Eisenhower first witnessed the horrors of the Nazi concentration camps during their liberation in April of 1945, he ordered American troops to start filming. He gave this order to document the extent of Nazi atrocities, prepare a defense against the public’s belief that such horrors were propaganda or exaggerations, and secure visual evidence to build a watertight case for a potential international military tribunal.

In October of 1945, Justice Robert H. Jackson temporarily left the U.S. Supreme Court to serve as the Chief Prosecutor for the Nuremburg trials. While the meticulous paper records kept by the Nazis formed the backbone of the case brought against the 23 accused, Jackson, like Eisenhower, understood the extraordinary impact that imagery would have in the courtroom. In his opening statement, Jackson promised the panel of judges, and the world, that the prosecution team would prove their case with a landslide of documents and visual evidence. And they did. The prosecution followed their opening statement with six reels containing 6,000 feet of film shot by American and British cameramen during the camps’ liberation. Not only does this footage continue to inform our understanding of the Holocaust, historians believe this visual evidence played an important role during the trial itself.

In honor of the 75th Anniversary of the first use of film as evidence in international criminal prosecutions, this special event will link past to present by serving as the official launch of the Berkeley Protocol on Digital Open Source Investigations. Several years in the making, the Protocol is a new tool for strengthening the use of video and other digital information as evidence in human rights, war crimes and international criminal cases. Panelists will delve into how lawyers at Nuremberg first leveraged visual evidence to build a robust case against members of the Third Reich. Panelists will then trace the journey of visual evidence from Courtroom 600 to its modern day uses at the International Criminal Court—and forecast where it may be headed next. We will also examine the power of new forms of digital evidence collected from platforms such as YouTube, Twitter, and Facebook to help secure justice and accountability.

As we move from the 20th century, when the Nuremberg prosecutors set an evidentiary cornerstone in the foundation of justice, to the 21st, when international legal teams face a morass of challenges in using digital content, we will outline the enduring power of visual evidence to disclose the unimaginable. This will be underscored by the public launch of the Berkeley Protocol on Digital Open Source Investigations: A Practical Guide on the Effective Use of Digital Open Source Information in Investigating Violations of International Criminal, Human Rights and Humanitarian Law. Based on extensive desk research, half a dozen workshops and more than 150 consultations, the protocol is being published by the Human Rights Center at UC Berkeley and the United Nations Office of the High Commissioner for Human Rights in all of the languages of the United Nations to set common global standards for using public, digital content—including photographs and film—as evidence to strengthen a new era in accountability for violations of international criminal, humanitarian, and human rights law.

This special event will focus not only on honoring and thanking the legal innovators that came before us, as well as all those involved in developing the protocol, but introducing new tools and methods that the international community can leverage to maximize the value of visual imagery in court—ensuring that the legacy of Nuremberg endures.